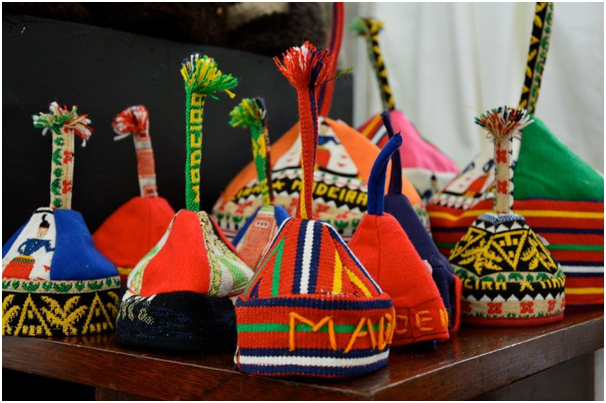 Since the dawn of time, clothing defines important aspects of people’s lives: their social status, religious affiliation, occupation, age, and many others. Hats, in particular, have played an important significant in history, as they have helped to make an even clearer difference between individuals and later even becoming national symbols in their respective countries. While some hats are formal, imposing, and only suitable for certain traditional events or holidays, others can be worn on a daily basis, regardless of your style. Check out these four traditional hats from around the world that you can still wear today:

Throughout the history of Ireland, these headpieces had a major contribution to the development of national economic growth: to encourage domestic wool consumption and general trade, a 1571 Act of Parliament mandated that all males over the age of six, except the aristocracy, have to wear woolen caps on Sundays and holidays, otherwise facing a fine.  Later, in the 1920s, Irish flat caps were worn by boys and men of all ages, becoming part of the worker’s uniform and later being adapted even by the aristocracy. Nowadays, they are the favored choice of many celebrities and gentlemen all over the world. If you are looking for an Irish flat cap for men or women, the easiest to find one is to browse online various shops and see the range of Celtic flat caps they provide to find the best one.

This Russian headpiece, called Ushanka or Ushanka hat is traditionally made of fur and has ear flaps that cover the ears, jaw and lower chin from the well-known cold Russian winters. For better protection against the elements, the flaps can be tied at the top of the head or at the chin. Back in the days, Ushanka was also worn by the soldiers of the Red Army as part of their winter uniform. Ushanka became a symbol of the URSS and later the Russian Federation, being portrayed in numerous movies, including „Armageddon”, „The Hunt for Red October”, and  „Red Heat” where Ushanka was worn by the famous Arnold Schwarzenegger. It is still worn today, especially in Russia’s colder regions, such as Siberia, where it is a must-have for locals.

The beret isn’t strictly speaking a French creation. Similar headpieces are thought to have been worn since the Bronze Age, especially in Northern Europe, where they were common among noblemen and artists. . The production of Basque-style berets started in Southern France later in the 17th century, and they, like many other traditional hats, became associated with the working class more than three hundred years later, in the 1920s. During the First World War, the beret was also adopted as a military headpiece both for regular soldiers and army officers with a higher rank. These days, thanks to the mass media, the beret is a French symbol of elegance, art, and style.

The Greek fisherman’s cap, also known as the mariner’s or skipper’s cap, is a small hat made of wool, corduroy, or denim, usually worn by the fishermen, as the name suggests, for fishing or yachting. The traditional fisherman’s cap has significant importance for Greeks who have a close connection to the sea and who rely on it, especially for food. It was first made famous in the nineteenth century, but it became increasingly popular in the 1950s, following the release of the film “Zorba the Greek,” and in the 1960s when John Lennon wore one during the Beatles’ first tour in the United States. Vladimir Lenin, Mao Zedong, and Bob Dylan all wore the Greek fisherman’s cap as their favorite headpiece. This cap can now be found in almost every store, whether it is a mass-market or a high-fashion one.

For any inquiry please email us